UCBK Inc. is a 501(c)(3) non-profit corporation operating as a church in the state of California since 2007.

Our mission is to provide nourishment on many different levels, from physical food & supplies to those in need, to sharing ancient spiritual knowledge that is practical, to healing mind, body, heart and soul – in individuals, families, organizations, or communities. 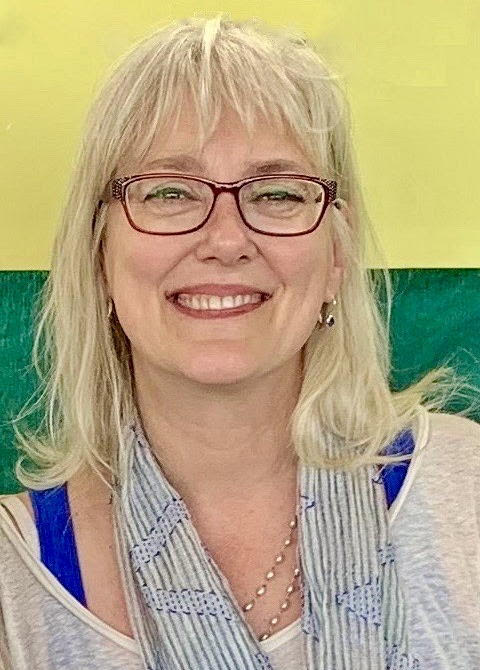 Helping those in need

Since 2000, accomplished teacher and healer Alx Uttermann has been conducting healing workshops and trainings in a wide array of healing techniques and spiritual knowledge from ancient India.

Over many years of intensive study at Sri Kaleshwar’s Soul University in Penukonda, South India (five years in residence), Alx gained an in-depth understanding of the stresses facing human beings, and the spiritual medicine – especially the miracles! – that dissolves them.

Since returning to the US in 2005, Alx’ work sharing these medicinal techniques has continued non-stop, culminating in the co-founding of UCBK (The Universal Church of Baba’s Kitchen) with colleague Jonathan D. Rosen in 2008. UCBK, originally based in the Santa Cruz mountains of California but now operating in Los Angeles, is a meditation, charitable, healing, and spiritual center, open to anyone of any faith, path, religion, or none.

Her on-going research and expertise lie in effectively healing the underlying root of suffering, as well as the many symptoms of suffering (such as depression, anxiety, chronic health problems, heartbreak, grief, PTSD, anger issues and addictions). Over the years, her spiritual passion has crystallized in the area of empowering women, first to heal themselves, then to strengthen their own connection to divine power, and to become extraordinary healers.

Alx’ passion, wisdom, humor, patience & command of spiritual knowledge is contagious. Her goal is to spread the light far & wide, to help bring relief, peace of mind, inspiration and miraculous healing to whomever is in need. Through UCBK in LA (and online), she offers regular bi-monthly healing fire ceremonies, weekly satsangs, and weekend healing/meditation workshops.

All of the dazzling knowledge & spiritual healing techniques she utilizes and shares comes straight from the teachings of ancient India, restored to the world by Sri Kaleshwar & the universal lineage of ascended masters he represents, including Shirdi Sai Baba, Jesus Christ, Buddha, Adi Shankaracharya, Mahavatar Babaji, Sri Ramakrishna Paramahamsa, and others.

In her spare time (ha!), Alx has been known to publish and perform poetry, blog about spirituality, lead spiritual tours to Southern France and India, play music (pianist), and spend time at home with the love of her life and three black cats. 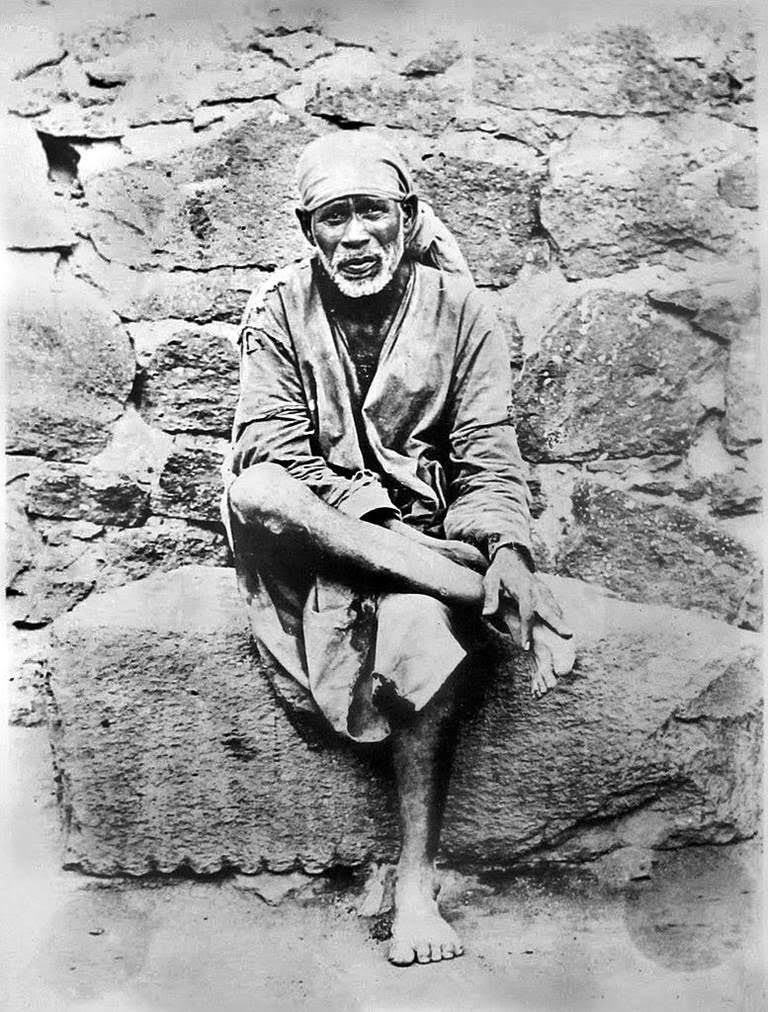 WHY ARE WE CALLED THE UNIVERSAL CHURCH OF BABA’S KITCHEN?

It all began when we said the name aloud for the first time in 2006, “The Universal Church Of Baba’s Kitchen,” and Shirdi Baba’s photograph fell off of an altar. Twice. Once might be a sign. Twice seemed more like a command.

It was clear, then and there, that the church Baba wanted established in the Santa Cruz mountains of California would have such an unorthodox name, expressing something of the diversity and open-heartedness of this unique community.

Shirdi Sai Baba was an enigma in his day, a beggar in torn clothes, begging bowl in hand, dressed like a Muslim fakir but an expert in the Sanskrit Vedas, the Q’ran, Parsee spirituality and other religious/spiritual texts and traditions.

A living embodiment of Dattatreya, the primordial guru energy, Shirdi Baba spent his life in the small village of Shirdi, living in an abandoned mosque, begging for his food, and performing miracles of amazing healing and divine love for the souls in this world. Although a simple man on the outside, internally Baba was one of the greatest supernatural saints and healers in human history. He has nourished the world, especially its spiritual evolution, through the great divine lights of satya, dharma, prema & shanti (truth, duty, love & peace).

“All gods are one. All religions are one.”

Baba’s insistence on two pillars of spiritual enlightenment: faith & patience, as well as his simple statement, “Sabkha Malik Ek” – “All Gods are One” – is even more relevant today than it was a century ago. A turbulent world, split along religious and ideological differences, really needs to absorb the message of universality and family-hood among all nations and peoples.

Since Shirdi Sai Baba took his samadhi (conscious exit from the body) in 1918, his popularity and greatness has spread throughout India (where there are over a billion pictures of Shirdi Baba, and many many temples dedicated to this great divine soul) and into the rest of the world.

Today, there are temples and spiritual centers dedicated to Shirdi Baba (and his universal approach to god) operating all over the world, throughout Asia, in Canada, the USA and numerous other countries.

At UCBK, we feel grateful and honored to be a part of this divine lineage of Shirdi Sai Baba, and to be creating a healing place where all are welcome, regardless of spiritual paths, religions, or beliefs.

Because everyone gets cooked in a kitchen, because alchemy happens in kitchens, because we have a dedication to feed the world, no matter what it is hungry for: divine knowledge, healing, universal love, spiritual upliftment, bhajans/kirtan, relief from suffering, or material food and drink.

Supported By Powerful Saints & Siddha Masters Of All Traditions

A Blessing To The World

Although Shirdi Sai Baba is in our name, and his spiritual contributions to humanity are our primary inspiration, UCBK is in service to many powerful saints and siddha masters, all part of the same divine lineage.

These powerful holy souls are all working together for the upliftment and enlightenment of our planet, helping to heal human suffering through direct divine experience, ancient knowledge, and grace. 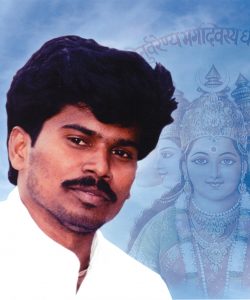 All of the healing energy, divine knowledge, powerful transmissions, ancient teachings, modern relief for suffering, and meditation techniques shared by UCBK are coming from this luminous group of ascended masters (siddhas). They are, in turn, profound representatives of the power & glory of Divine Mother, the feminine creative power in our universe. None of our work would be possible without their direct blessing, support, and presence in everything we do. 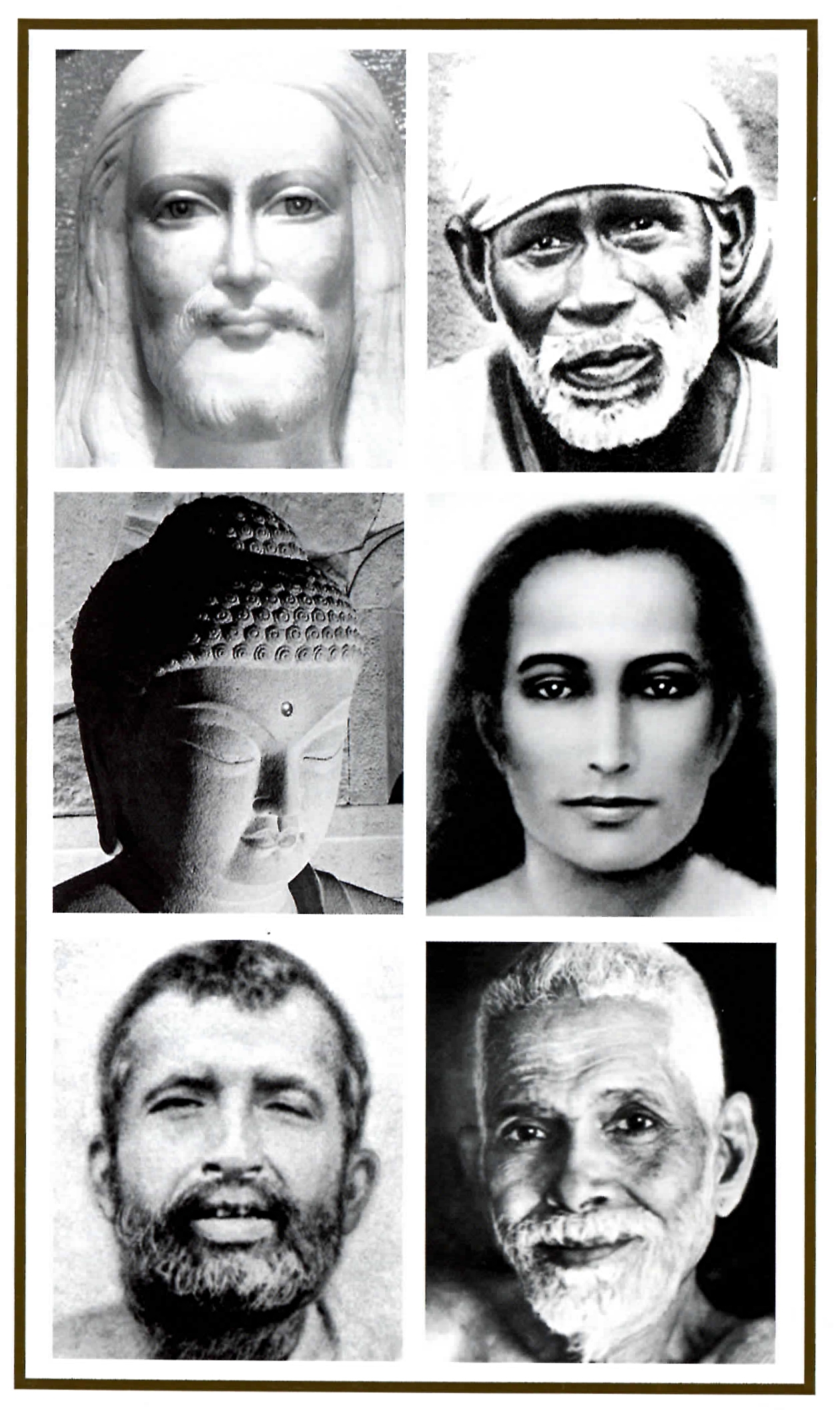 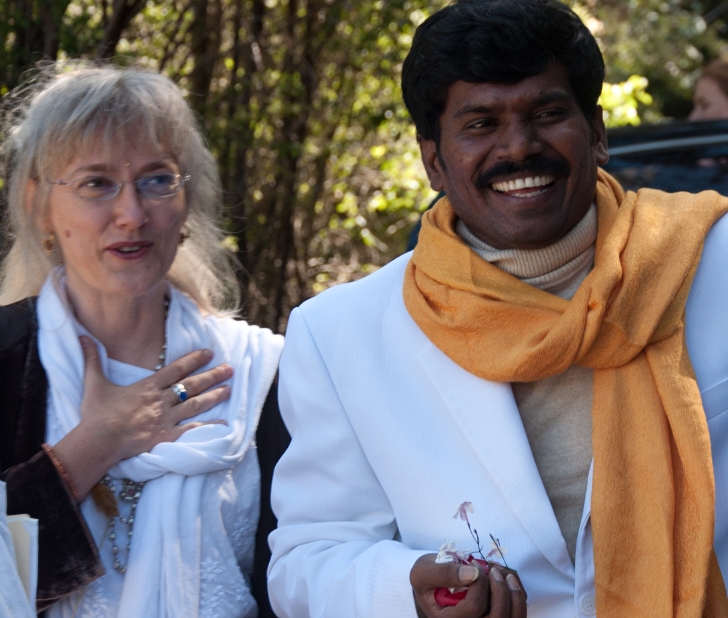 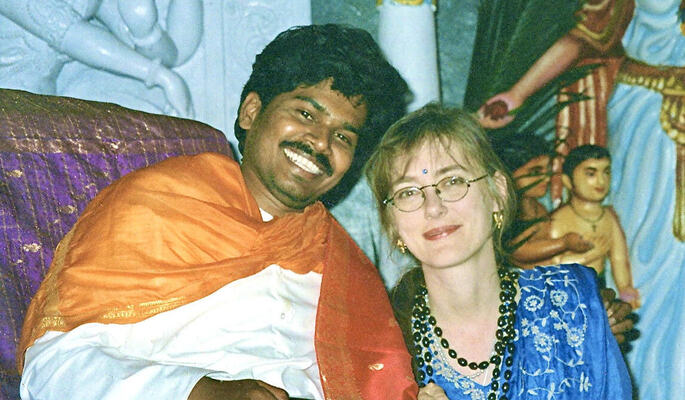 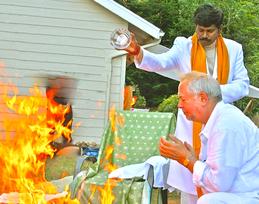 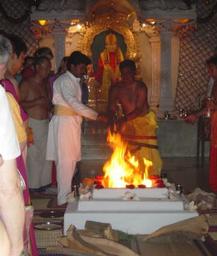 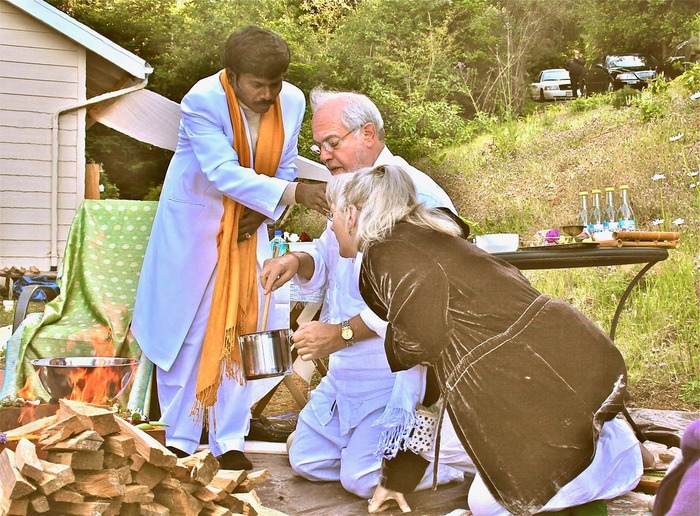 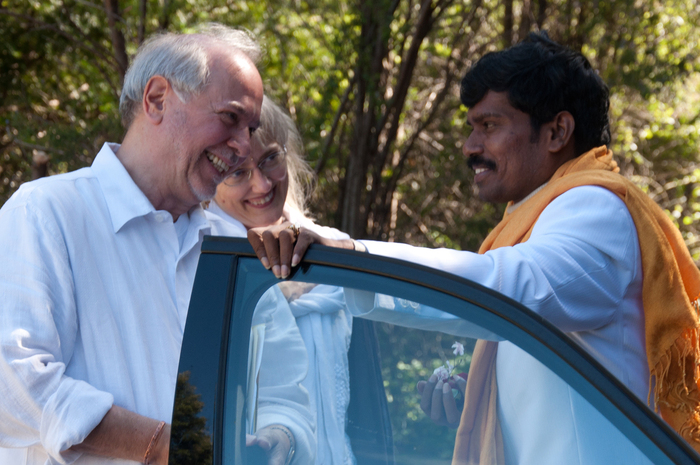 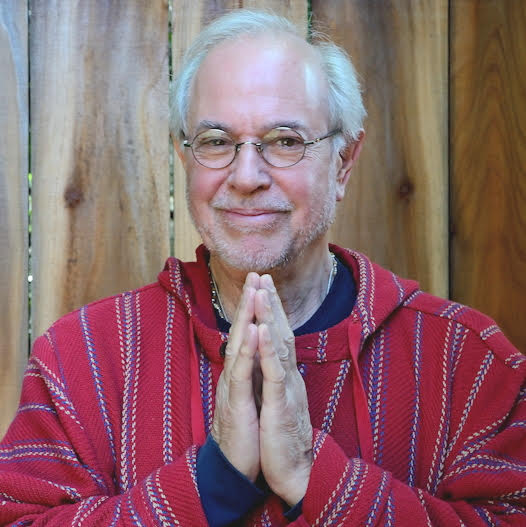 The late Jonathan D. Rosen received his first initiation into meditation in 1970 from Swami Muktananda in San Francisco. He became a Transcendental Meditation teacher in 1974, and lived and studied with Maharishi Mahesh Yogi until 1991. He was blessed with intimate connections to many amazing saints including Amritanandamayi (Ammachi), Mother Meera, Karuna Mayi – and most powerfully, with Sri Sai Kaleshwar Swami, who has been Jonathan’s sadguru since 1997, and forever.

Jonathan lived with Swami Kaleshwar at his ashram in South India for 7 years, studying the depth of the divine shakti healing channels, and implementing and teaching them in America, Paris and Singapore since 1997.

​Jonathan’s lifelong mission was to spread the light and healing balm of this ancient knowledge as widely as possible to individuals, and in the organizational arena.

As part of his healing mission, Jonathan received special ancient vedic healing techniques from Sri Kaleshwar specifically for use in his work as a management consultant with many Fortune 100 and 500 companies.

In 2005, with the blessing and charge of Sri Kaleshwar — Jonathan and colleague Alx Uttermann started teaching and healing full time in the Santa Cruz mountains of California, founding The Universal Church of Baba’s Kitchen in 2007.

Since then, UCBK has been providing many thousands of home cooked meals for the homeless, offering spiritual energy healing to all those in need, teaching the ancient healing knowledge systems, performing new and full moon Vedic fire ceremonies to purify the environment, and performing monthly heart-opening Music As Medicine bhajan concerts.

Jonathan was able to draw on his musical background as a soloist with the San Francisco Opera Merola Program, and the New York Shakespeare Festival, to convey the healing power of music through the special bhajan energy style developed under Kaleshwar’s guidance.

​Since March of 2012, Jonathan successfully focused much of his attention on helping to heal war veterans from PTSD, and its many debilitating symptoms — including depression, anger, heartbreak, fear, anxiety, nightmares, physical ailments, stress, relationship problems, etc.

​​All healing needs – body, mind, heart, and spirit – can be profoundly impacted by these divine energy mechanisms, which work on the unseen level of the soul to influence every aspect of one’s being.

Jonathan was also blessed to receive many divine power objects through Swami Kaleshwar and the divine lineage he connected us to — including Shirdi Sai Baba, Jesus, Ramakrishna Paramahamsa, Ramana Maharishi, Buddha, Mahavatar Babaji, and at the apex — the Universal Divine Mother. By their grace, these power objects greatly enhance the healing energy Jonathan was able to transmit to a very high level of effectiveness for both in-person and distance healings.

This transmission is still happening, at and from his samadhi tomb in Felton, CA, and through Alx Uttermann at UCBK.

It was, and is still, Jonathan’s dharma and joy to serve as a vehicle for the divine energy to heal the broken hearts of the world — the fear and negative belief systems that underlie so much human suffering – to reignite the fires of inspiration and love — to help people reconnect to their own divine source, from whence all healing flows.

Download for free Jonathan’s Bandcamp recordings of his celestial singing.

This website uses cookies to improve your experience while you navigate through the website. Out of these cookies, the cookies that are categorized as necessary are stored on your browser as they are essential for the working of basic functionalities of the website. We also use third-party cookies that help us analyze and understand how you use this website. These cookies will be stored in your browser only with your consent. You also have the option to opt-out of these cookies. But opting out of some of these cookies may have an effect on your browsing experience.
Necessary Always Enabled
Necessary cookies are absolutely essential for the website to function properly. This category only includes cookies that ensures basic functionalities and security features of the website. These cookies do not store any personal information.
Non-necessary
Any cookies that may not be particularly necessary for the website to function and is used specifically to collect user personal data via analytics, ads, other embedded contents are termed as non-necessary cookies. It is mandatory to procure user consent prior to running these cookies on your website.
SAVE & ACCEPT
Skip to content